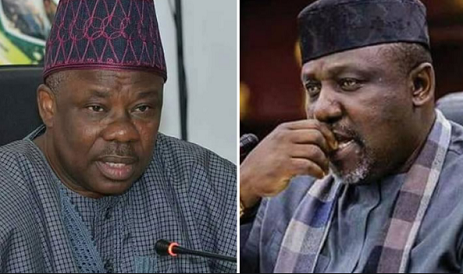 No fewer than 15 ex-governors will be in the ninth Senate, which will commence in June. Some of the senators-elect are incumbent governors, while others are former governors.

Based on the results of Saturday’s senatorial election released across the country, they include two ex-governors of Abia State, Orji Kalu (Abia North) and his successor, Theodore Orji (Abia Central). In Borno State, the incumbent Governor, Kashim Shettima, won the senatorial poll for the state’s central district.

In the Ebonyi North, a former governor, Sam Egwu was re-elected to represent the area. Also re-elected was the ex-Governor of Gombe State, Senator Danjuma Goje (Gombe Central).


The incumbent Governor of Imo State, Rochas Okorocha, also emerged as the senator-elect for the Imo West amidst controversies.

The Ogun State Governor, Ibikunle Amosu, who represented the Ogun Central District between 2003 and 2007, won the senatorial poll in the district on Saturday among others.