17 Dead In Massive Fire Outbreak At A New Delhi Hotel 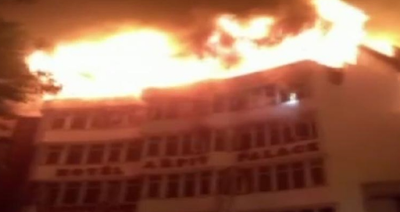 At least 17 people died on Tuesday as a fire tore through a budget hotel in Delhi before dawn, in the latest disaster to raise concerns over fire safety in India.

The fire broke out at the Hotel Arpit Palace in a congested part of central Delhi, with images showing it engulfing the entire top floor.

"We have confirmed with hospital authorities, the toll is now 17 including a child," Sunil Choudhary, a fire brigade official, told AFP.

Police said they were investigating the cause. 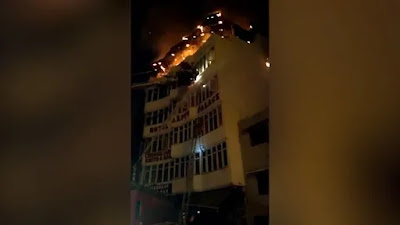 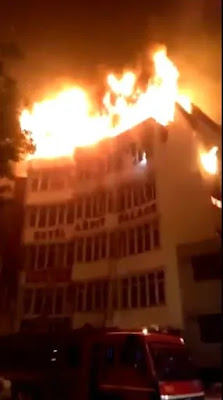