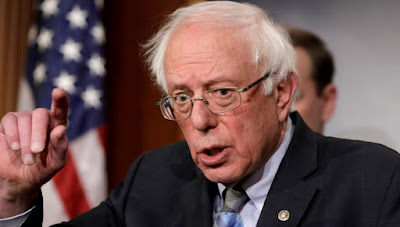 U.S. Senator Bernie Sanders, the progressive populist who mounted a fierce challenge to front-runner Hillary Clinton in the 2016 White House campaign, said on Tuesday he will again seek the Democratic Party’s presidential nomination in 2020.
Sanders, 77, an independent who caucuses with the Democrats, announced his candidacy in an email to supporters, pledging to build a vast grassroots movement to confront the special interests that he said dominate government and politics.
In his campaign, Sanders said he would push for many of the same issues that powered his 2016 bid and resonated with younger voters, including universal healthcare, raising the minimum wage, and free public college tuition.
“Our campaign is about creating a government and economy that works for the many, not just the few,” Sanders said in the email, asking for 1 million people to sign up to start the effort.