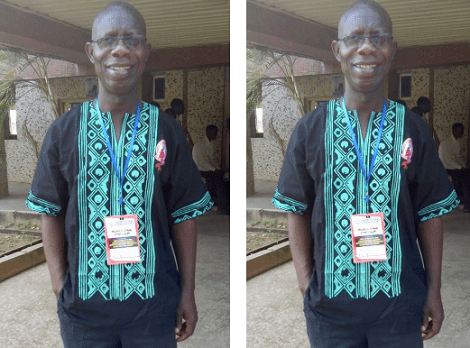 Prof. Igbafen who is an Associate Professor in the Department of Philosophy was alleged to have been threatening female students with marks for s-x.

A press statement signed by the university’s spokesman, Mr. Edward Aihevba, said the suspension followed the arraignment of Prof. Igbafen before the Senior Staff Disciplinary Committee (SSDC) on allegations of gross misconduct bordering on sexual harassment and threat of marks for s-x.


Aihevba said Prof. Igbafen has earlier been found culpable and indicted by an investigative panel of the University for the Offence of sexual harassment.

He said a family of a female victim had threatened to drag the institution before the ICPC if it failed to bring Prof. Igbafen to book.

Responding, Prof. Igbafen said he would expose the Vice Chancellor, Professor Ignacious Onimawo, to the world that blackmail does not work within the university.

Prof. Igbafen said the suspension was part of a grand plan to intimidate ASUU chapter of the university.

He said the VC has a personal vendetta against him.

According to him, “It is a grand plot that will fail. The VC is desperate because he has so many things to hide. He is looking for a weak ASUU to manipulate.

“That petition was written against two of us when I was a Lecturer II in 2011. I answered it that my hands are clean. Is that why he is denying me of my promotion?

“All these things are plot to destabilise the Union. It is a cheap blackmail. The VC is desperate to decimate ASUU. I know he is behind all the petitions against me.”