Actor Abija Reveals Why He Can't Go Back To School 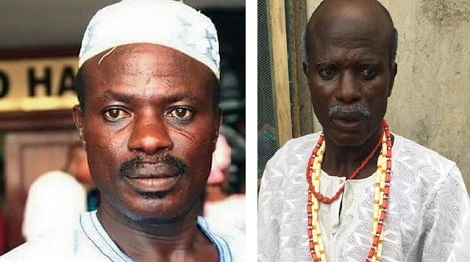 Veteran actor, Tajudeen Oyewole, popularly known as Abija, became famous in the Nigerian movie industry in the 80s and early 90s for his roles as herbalist in movies.

However, fast forward to the present day and it seems the once vibrant actor’s name has been consigned to oblivion as he has not been as visible on the television screen as he used to be.

In a chat with Saturday Beats, he said some people used to think he was an herbalist because of the roles he played in movies.

“People often ask if I am an herbalist in real life because of my routine roles in movies, even though I have a background in Ifa divination, I am not an herbalist.


People in my neighbourhood would call me Abija; they used to be scared of me in real life but I always told them I was not a diabolical and that it was just acting. My roles as Abija were my best performances; interestingly, I can handle any role in the movie industry.

“When I don’t dress in my attire as Abija, some people don’t recognise me. It still pains me that I didn’t further my education; at this age even though I want to go back to school, it is too late because I have to cater for my wife and children. It was quite difficult for my parents to accept my choice of career; they felt it was only stubborn people that used to act in movies. They were only convinced when I started becoming famous.

“I am happy about the positive developments in the movie industry; things have really improved compared to when I started. The youngsters in the entertainment industry have really helped in making the industry bright,” he said.