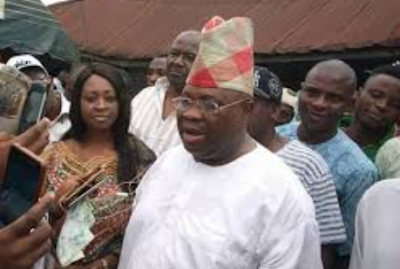 One Olawale Fadipe was, on Tuesday, arraigned before an Osogbo Chief Magistrates’ Court for possession of dangerous weapons.

Fadipe was alleged to be a private security guard to the lawmaker representing Osun West Senatorial District, Senator Ademola Adeleke.

He was arraigned on two counts of possession of dangerous weapons and theft by the police prosecutor, Inspector Joshua Oladoye, who told the court that the defendant committed the offences on Thursday, February 14, 2019, around 12.20am at the Lameco Filling Station, Osogbo.


Oladoye explained that the defendant was caught by the police with dangerous weapons, including a jack knife and an electric shock gun.

The defendant, however, pleaded not guilty to the charges.

The defence counsel, Mr Sikiru Nurudeen, moved a bail application for the accused and promised to ensure that he would attend his trial.

The magistrate, Mr Ola Olagoke, granted the suspect bail in the sum of N20,000 with two sureties in like sum. He adjourned the case till February 20 for mention.