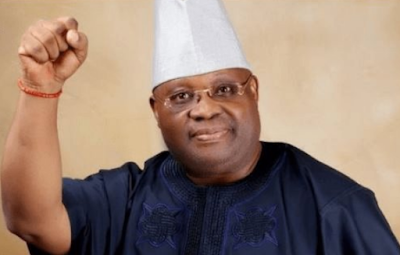 The Candidate of the All Progressive Congress in the Osun West Senatorial District, Engr Lere Oriolowo has been declared winner of Saturday National Assembly election.

However, Senator Adeleke’s name was not on the ballot because he contested in the State’s last Governorship election.