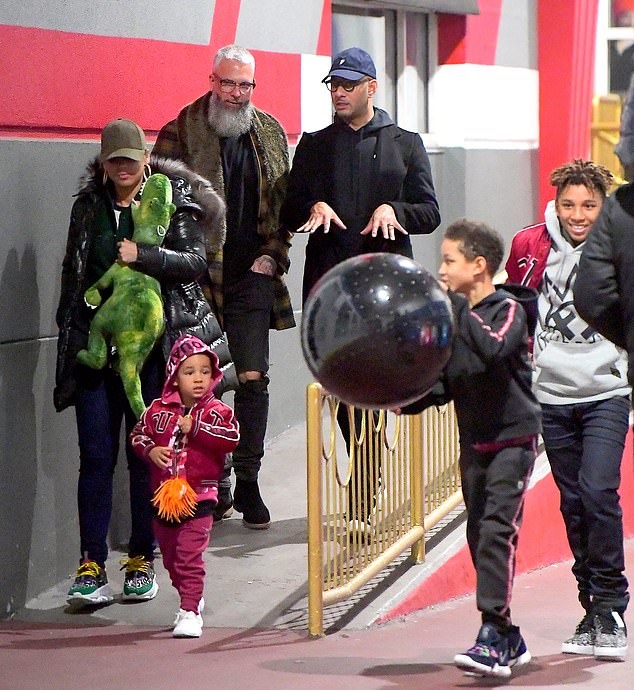 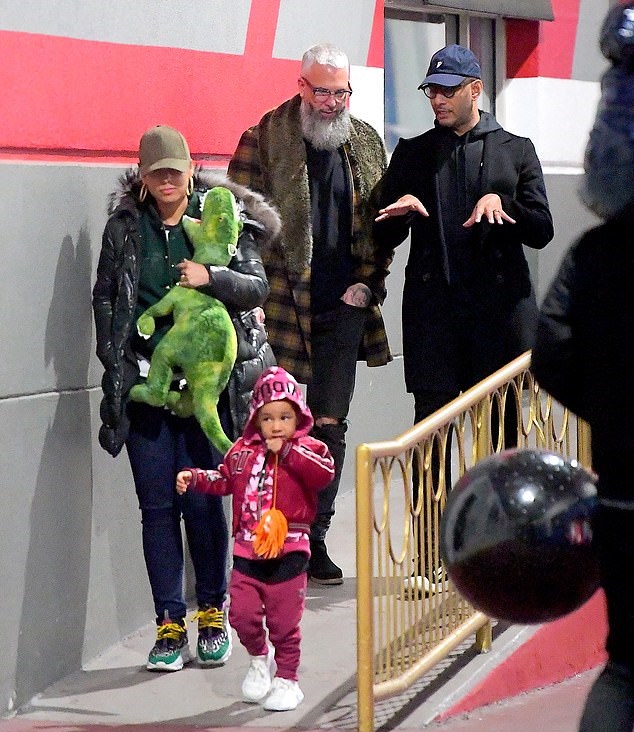 She was the star of the show as the host of the Grammys in Los Angeles on February 10.

But Alicia Keys was much more, well, low key when she enjoyed an afternoon out with husband Swizz Beatz and their two boys on the Presidents' Day holiday on Monday.

And they obviously had some success as the 38-year-old hitmaker carried a giant plush green T-Rex as they left the fun facility.


Alicia was dressed in a black padded jacket that she wore over a dark green hoodie, skinny jeans and green and white sneakers with yellow laces.

She pulled a khaki cap low over her brunette tresses as she walked in front of Swizz, who was talking to a friend with a bushy white beard.

Alicia also kept an eye on their sons Egypt, eight, and Genesis, who turned four in December, as they played with a giant blue bouncy ball.

Swizz kept up his rapper creds wearing black from head to toe. 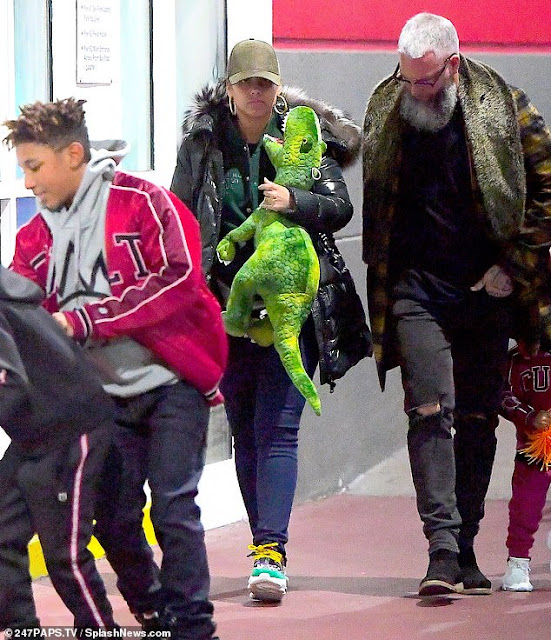