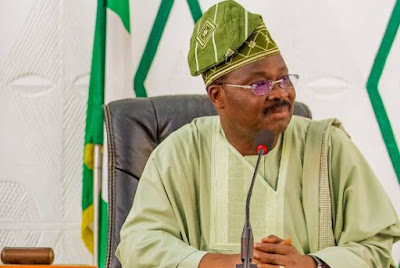 The Oyo State Governor and candidate of the All Progressives Congress in Oyo South Senatorial District has been trumped in the Saturday poll by Dr Kola Balogun of Peoples Democratic Party.


Announcing the result on Monday after about 15 hours of collation at Ibadan North Secretariat, the Returning Officer, Prof Kolawole Akinsola of the University of Ibadan, declared Balogun winner of the poll amidst fully armed security operatives on the premises.
at February 25, 2019