Alabama Woman Who Joined ISIS Is Begging To Come Back Home, Hoda Muthana 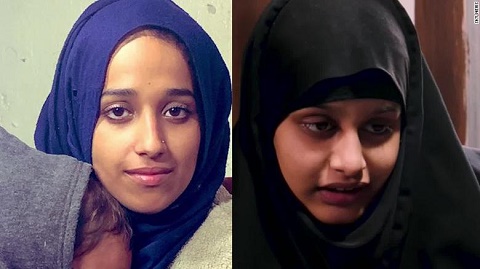 At the age of 19, a young woman from Hoover, Alabama traveled to Syria to join ISIS -- the so-called "Islamic State."

Five years and three husbands later, she says she regrets what she did and is begging to return to the US.

In a recent handwritten note obtained by CNN from a family representative, Hoda Muthana writes, "When I left to Syria I was a naive, angry, and arrogant young woman. I thought that I understood my religious beliefs."

But after witnessing the devastation of war, including the death of two husbands, Muthana said she became disillusioned.

"Seeing how different a society could be compared to the beloved America I was born and raised into changed me. Being where I was and seeing the (people) around me scared me because I realized I didn't want to be a part of this. My beliefs weren't the same as theirs."

Once described as shy and reserved by a high school classmate, Muthana was fiercely outspoken in her support for jihad after joining ISIS. During the height of the self-declared caliphate, Muthana posted tweets calling for violence, according to the Program on Extremism at the George Washington University.

"Hoda was right in the mix for English language propagandists," said terror researcher Seamus Hughes. "We followed her for a number of years. She was a key node."

She demanded more Americans come to the self-proclaimed Caliphate and join the fight with ISIS.

"Soooo many Aussies and Brits here, but where are the Americans, wake up u cowards," she posted in January 2015.

And under the name Umm Jihad, she encouraged attacks in the US, tweeting this exhortation in March 2015: "Go on drive-bys and spill all of their blood, or rent a big truck and drive all over them."

According to Mia Bloom, who tracks female jihadis at Georgia State University, "She was one advocating for extreme violence, especially against American military and servicemen."
at February 20, 2019