APC Vows To Punish Amosun After The Elections’ 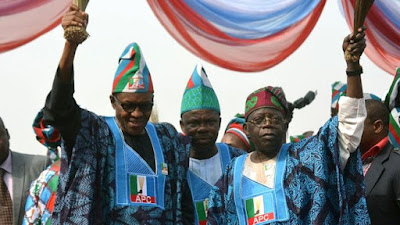 The All Progressives Congress (APC) has announced that Ibikunle Amosun, Governor of Ogun State, will not escape punishment for the embarrassment he caused the party during the presidential rally at the MKO Abiola Stadium, Kuto, Abeokuta, on Monday.

At the rally, Amosun had shocked everyone when he campaigned for both APC and the Allied People’s Movement (APM), the party of his anointed who did not get the APC governorship ticket.

But the high point was Adams Oshiomhole, National Chairman of the party and President Muhammadu Buhari being pelted by the crowd.

Bola Tinubu, National Leader of the party, was also videoed flinging the party’s flag away in annoyance.

The party has now announced that it intends to “review this gross misconduct of deliberately positioning thugs to attack and embarras the President and the party's leadership”, and take a decision on this matter “immediately after the elections”.

“The All Progressives Congress (APC) regrets Monday's premeditated attacks sponsored by Governor Ibikunle Amosun on President Muhammadu Buhari and other senior party leaders at the venue of the presidential campaign rally in Ogun State,” Mallam Lanre-Issa Onilu, National Publicity Secretary of the party, said in a statement.