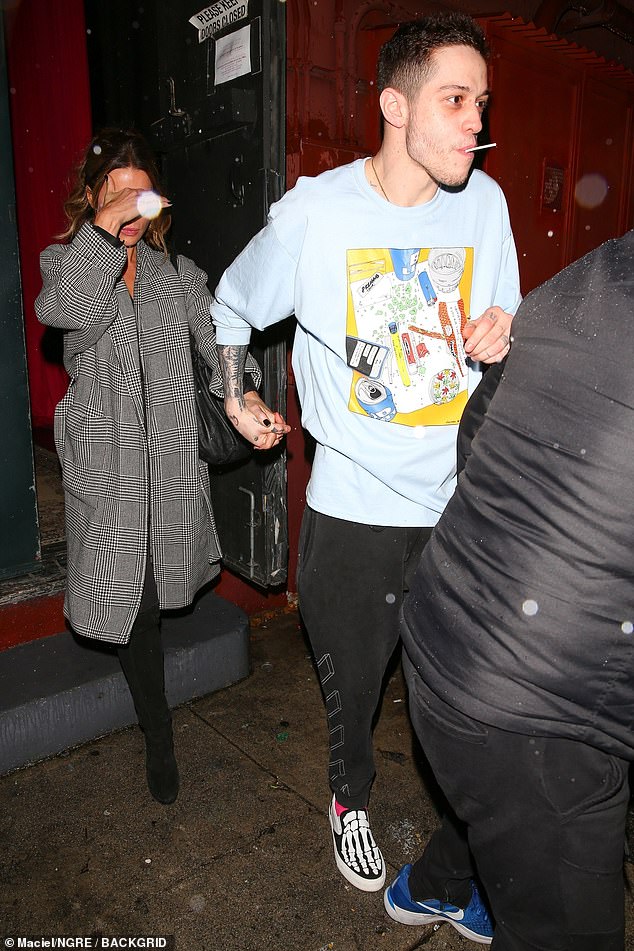 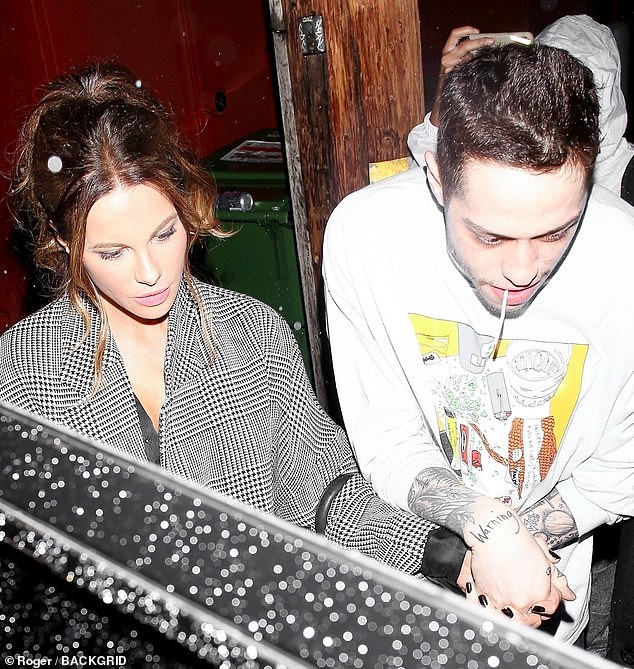 They were spotted holding hands as they left a comedy gig in Los Angeles earlier this month.

And Kate Beckinsale, 45, and Pete Davidson, 25, are reportedly planning to go on a holiday to get to know each other better amid their rumoured romance.

A source told The Sun: 'Pete and Kate have been dating since meeting at the Globes party.'

The insider added:  'They want to keep things low key - Kate is recovering from being hospitalised, Pete just went through a really tough time very publicly - but it's hard as they can't keep their hands off each other in public!

'They're planning a holiday to get away from the cameras and get to know each other better', they added.