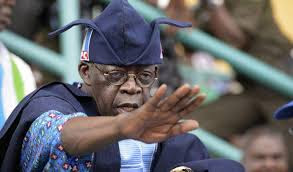 An All Progressives Congress (APC) National Leader, Senator Bola Tinubu, says the recent attack on the APC rally in Ogun was disrespectful to the office of the Nigerian President.

Tinubu lamented in a statement by his Special Adviser, Media, Mr Tunde Rahman on Tuesday in Lagos, that the attack could have potentially harmed the person of the President.

He was reacting to the APC rally in Ogun on Monday where some APC leaders were attacked.

”An incident did actually occur at the Ogun State APC rally, but it is not the one PDP has concocted.


”The true incident that should be reported and condemned is that people who oppose the party and the president tried to infiltrate and disrupt the rally.

“Such antics have no place in our political discourse. The author of these misdeeds should desist before real harm is done.”

Tinubu said he had no plans of leaving the party as being insinuated by some reports based on a video clip from the Ogun rally. In the video, Tinubu was alleged to be seen throwing the party’s flag at the presidential rally.

He, however, accused the opposition Peoples Democratic Party (PDP) of framing the video clip to mean that he was throwing away the party’s flag.

According to him, he remains ‘Gidigba’ (solid) in the governing party.

”If the issue of the flag has become the hotspot of the PDP campaign, then they are in serious trouble.

“During that portion of the Ogun rally, the National Chairman and others were looking for a party flag.

”I spotted one within my reach. I picked it up and attempted to toss it to the National Chairman, Adams Oshiomhole so that the Chairman can present it to the party’s gubernatorial candidate, Prince Dapo Abiodun.

“If you want to fault me for anything in this matter, your critique can only be limited to the accuracy of my toss.

“Any attempt to enlarge the episode beyond this is fiction and mischief writ large, ” he said
at February 13, 2019