Ballot Box Snatchers Will Pay With Their Lives -Buhari 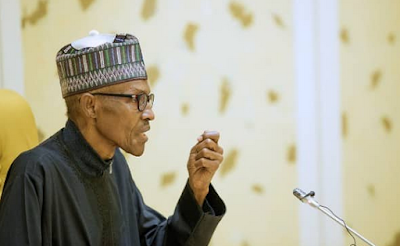 President Muhammadu Buhari on Monday warned that anybody involved in ballot box snatching will pay with his or her live.

He spoke in Abuja during the opening session of the All Progressives Congress (APC) Caucus meeting at the APC National Secretariat.

Such act, he said, would be the last unlawful act the person will engage in.

According to him, he has given the security agencies instructions to ensure free and fair elections in the country.


He said “I do not expect any body to cause any disturbance. The security agencies have identified hot spots and flash points and should be prepared to move. We have made as much arrangement as possible for them as much as the country can afford.

“Anybody who decide to snatch ballot boxes or lead thugs to disturb the process, may be that will be the last unlawful action you will take.

“We have directed the military and other security agents to be ruthless. We are not going to be blamed that we want to rig elections.

“I want Nigerians to be respected and let them vote whoever they want across the parties. I am not afraid of that. I went round the 36 states and the FCT and I think I have enough support across the country to vote for me.

“So, I want to warn anybody who think he has enough influence in his locality to lead a body of thugs to snatch ballot boxes or disturb the voting system, he will do it at the expense of his own life,” he stated