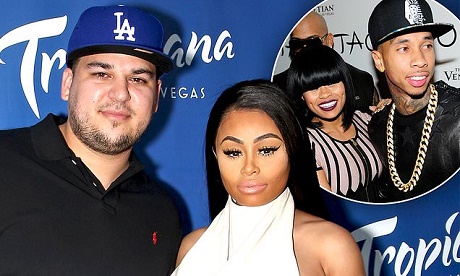 Blac Chyna has come out swinging against her exes Tyga and Rob Kardashian, claiming she never asked for child support from either of the men.

The reality star, 30, was on a mission to clear her name during a now-deleted Instagram Live rant on Monday, where she claimed her exes don't give her anything.

Chyna, who shares Dream, two, with Rob and son King Cairo, six, with Tyga, also targeted her mother Tokyo Toni, who recently claimed Rob should have sole custody of Dream because the star's personal life is on a 'downward spiral.'


'I try to squash s**t, which I did, but none of that comes out. It's only negative s**t with Chyna… I never wanted no money from Rob because it was never about that. Period,' she said.

'I came from the strip club, my momma was a stripper, my daddy, I didn't know him.

'I have kids by two guys that f**king tricked me or whatever and don't give me s**t. No child support, and I'm sick of that s**t. Cut that child support s**t out. Just cut it out. Period.'

This comes after TMZ reported that Rob and Chyna are getting close to reaching a new custody deal, which would reportedly see the KUWTK star pay significantly less than his current $20,000 a month in child support.