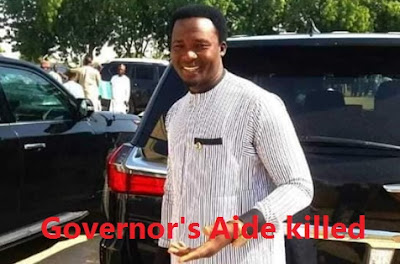 The Borno Government on Thursday confirmed that three persons were killed in an attack by Boko Haram insurgents on Gov. Kashim Shettima’s convoy on Maiduguri-Gamboru Road.

Malam Isa Gusau, the Special Adviser to the Governor on Communications and Strategy, confirmed the incident in a statement issued in Maiduguri on Thursday.

Gusau disclosed that preliminary reports confirmed the killing of three persons in the attack when the insurgents ambushed some vehicles on the governor’s convoy on Tuesday evening.

He said that the incident occurred when the governor was campaigning in the area, adding that he had since returned to Maiduguri on Wednesday evening.


Gusau disclosed that the governor would on Thursday; hold security meeting with heads of security agencies to get briefs on the incident. The governor’s aide said Shettima would also pay condolence visit to the families of those who lost their lives in the attack. So sad.