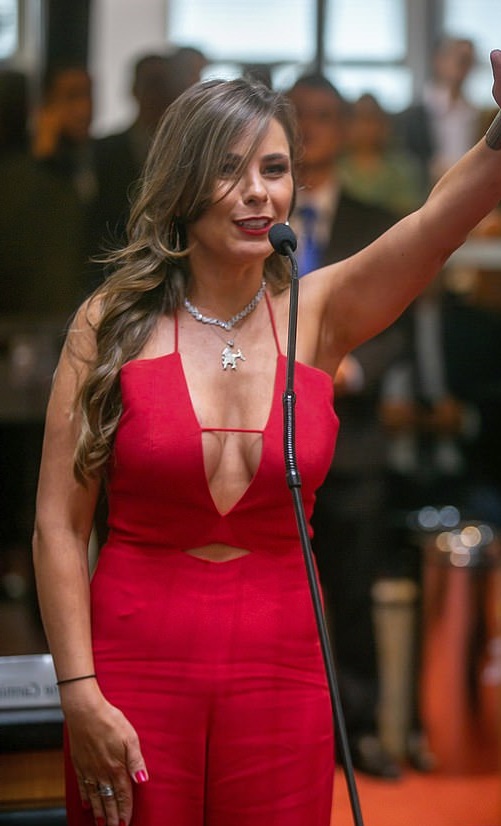 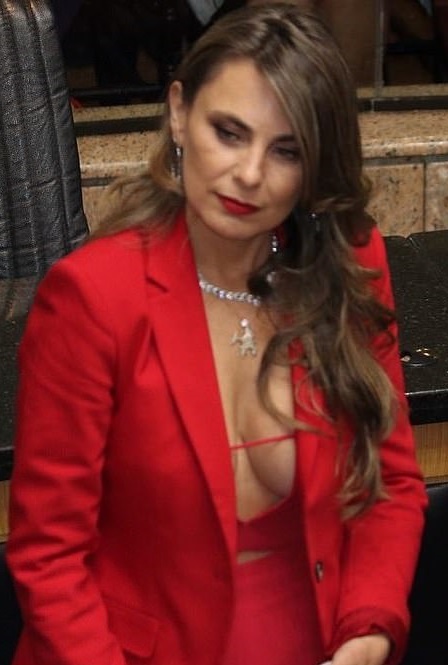 A newly-elected Brazilian state representative who stirred controversy by wearing a revealing red jumpsuit to her oath of office ceremony has hit back at her critics.

Ana Paula da Silva, 43, struck a nerves when she was sworn-in on February 1 in an outfit that accentuated her breasts, causing furor in Brazil.

The controversy started when the lawmaker from the southern state of Santa Catarina wore a tight, red jumpsuit that showed deep cleavage.

She fired back at her detractors in an interview with Brazilian network NSC TV.


'I thought people were going to talk about [the] red [outfit], but they just focused on cleavage. Women have breasts and I have big breasts,' da Silva said.

'I've always been like that. It's not now that I have become [a representative] that I will become another woman. I'm not there to be evaluated for that. The way I dress is my problem.'

The Santa Catarina State Representative's Facebook and Instagram accounts were bombarded with messages taking her to task for her choice of clothing in a deeply conservative country also known for skimpy swim suits and round-the-clock partying during Carnival.

A ceremony photo was shared on her Instagram account, deputadapaulinha, and it has drawn over 13,700 likes and more than 3,000 comments, some which were too vulgar.

The lawmaker's opponents, including many women, said that her choice of clothing was 'inappropriate,' ''shocking' and 'vulgar.'
Her staff worked quickly to delete some outrageous messages that called for da Silva to be raped.

'A little modesty … does not leave anyone sick and does not hurt anyone,’ a Facebook user under the name of Caritas Cristiana wrote. ‘Dressing with dignity is a sign of virtue. You’re a public woman.’

'This macho and prejudiced world you live in is not mine,' she wrote in response to a man who asked how her cleavage contributed to democracy.

'I've seen a lot of men in suits and ties taking money out of the health sector, school meals. That's unacceptable.'