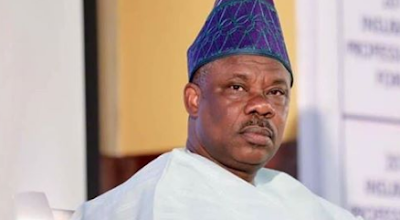 Governor Ibikunle Amosun’s aide, Adeniyi Adesanya is died. He died in an accident which occurred at Siun-Kobape along Sagamu-Abeokuta road this evening, only few hours to the general election.

The Secretary to the Ogun State Government, Taiwo Adeoluwa, was also in the car with him but he survived. Adeoluwa sustained a severe injury and has been rushed to the Federal Medical Centre, Idi -Aba, Abeokuta and been attended to at the Intensive care unit of the FMC .

The remains of Adesanya who was popularly called ‘friend of the governor’ have been deposited at the hospital morgue.