Buhari Campaign Team Accuses US, Other Envoys Of Supporting Atiku 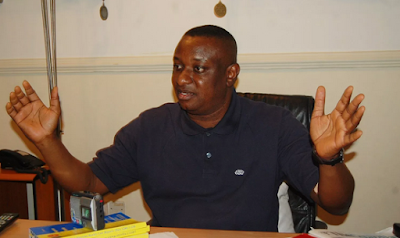 The Spokesman for the Buhari Campaign Organisation, Mr Festus Keyamo (SAN), has accused the United States Ambassador, Stuart Symington, and other western ambassadors of partiality and tacit support for the Presidential candidate of the Peoples Democratic Party, Atiku Abubakar.

Keyamo said this in a statement he issued in reaction to threats by Symington that persons who indulge in hate speech would be dealt with by the US.

Symington had also warned public officials not to obey unlawful directives issued in the name of the “boss,” saying any politician whose utterances incite people to violence would be held to account for the crime.


The ambassador’s warning came a day after Governor Nasir El-Rufai of Kaduna State threatened that foreign persons who interfere in the elections would leave Nigeria in body bags, a statement that was defended by the Presidency.

However, Keyamo said the utterances of some western powers were giving the impression that Buhari was planning to rig Saturday’s elections.

The campaign spokesman also questioned the decision of the US Government to issue a visa to Atiku despite being accused of corruption.