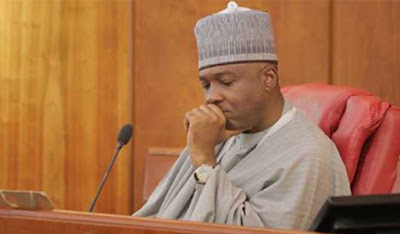 Senate President Bukola Saraki lost in his bid to return to the Senate in Saturday’s National Assembly elections in Karate Central Senatorial District.

Mr Saraki, who contested on the platform of the Peoples Democratic Party, lost to Ibrahim Oloriegbe of the All Progressives Congress.

The Senate President lost all four of the local governments in his senatorial district.

The local governments, which include Asa, Ilorin East, Ilorin West and Ilorin South, were all won by Mr Oloriegbe.


Declaring the result of the elections in the district, the returning officer, Olawole Obiyemi, a professor of human kinetics education at the University of Ilorin, said Mr Saraki polled 68,994 votes.