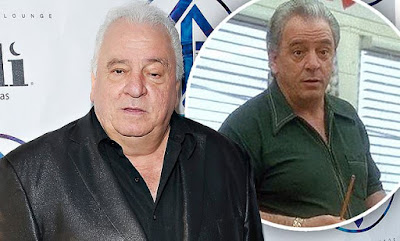 Casino star Vinny Vella has died at the age of 72, following a battle with liver cancer. A statement posted to the actor's Facebook page on Wednesday night revealed the actor had passed away.

Vinny's son, Vincent Vella Jr., revealed to TMZ has father had been suffering from liver cancer.

The star of numerous gangster films, Vinny's credits include the role of Artie Piscano in the 1995 crime film Casino and Jimmy Petrille in The Sopranos.