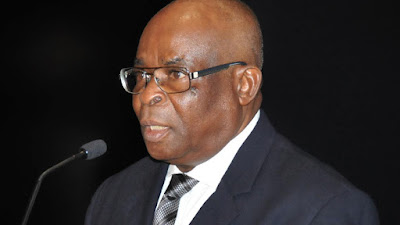 The Code of Conduct Tribunal, CCT, sitting in Abuja, has ordered key security agencies in the country to arrest the suspended Chief Justice of Nigeria, CJN, Justice Walter Onnoghen, and produce him for trial on Friday.

The Mr. Danladi Umar-led panel tribunal specifically directed the Inspector General of Police and the Director General of the Department of State Service, DSS, to execute the arrest warrant to ensure that Justice Onnoghen was brought before it on the adjourned date. The order followed an application the Federal Government made for a bench warrant to be issued against the suspended CJN.