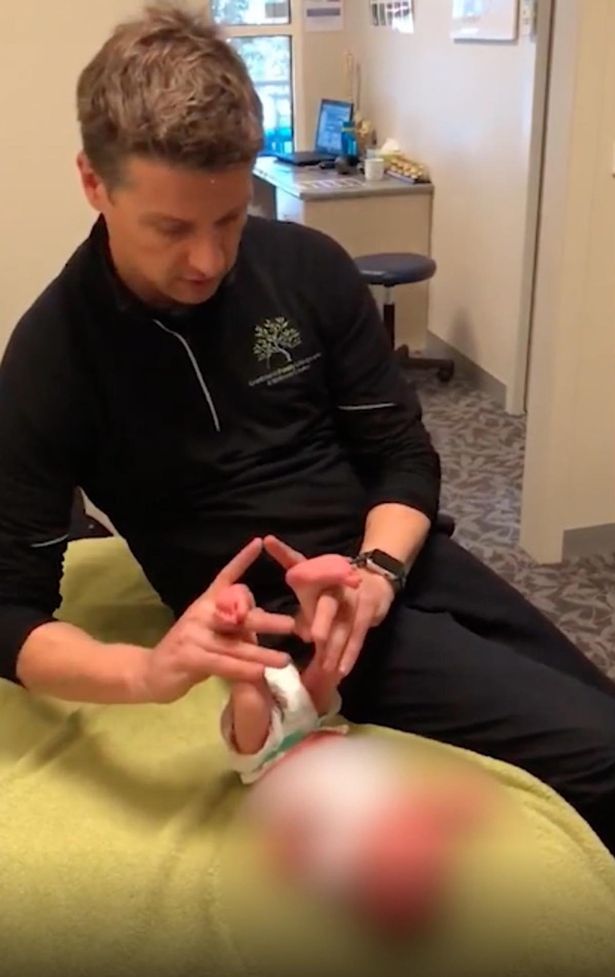 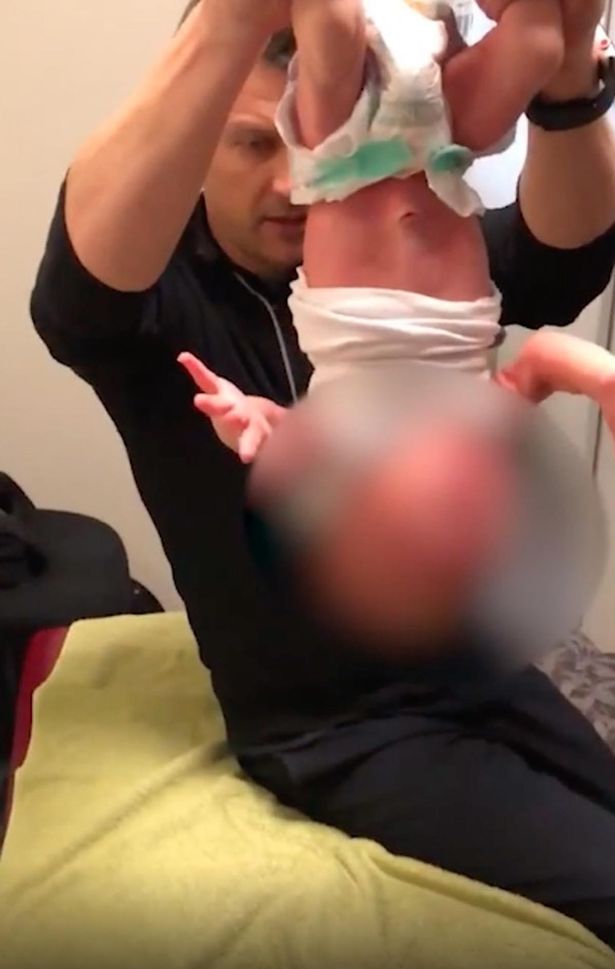 A chiropractor who filmed himself hanging a two-week-old baby upside down by his ankles, has come under fire due to his controversial techniques.

Australian Dr Andrew Arnold posted the video to the Cranbourne Family Chiropractic's Facebook page which shows him using a controversial series of tests on the tiny baby.

He first picks up the baby, who is n-ked apart from his nappy, by holding just his ankles.

The infant is held above the bed for a few seconds, before Dr Arnold says "perfect" and slowly places him back down.


The child's parents are off camera and at one point Dr Arnold shows them a spring-loaded device called an activator, which he uses on their hand to demonstrate the power it can give.

He said: "We're going to use the activator on the lower setting and I'll just show you on your hand here."

The device is then used on the newborn, and the baby immediately bursts into tears.

The doctor does say "sorry mate" to the child.

He also holds the baby's arms above his head before he taps his head and collarbone as the infant continues to wail.

The baby is then placed on its tummy, while he pushes on the baby's tailbone, before using the activator on him again.

According to the Daily Mail Australia, the video has sparked debate into the
legitimacy of the infant chiropractic treatment, which although legal is divisive.

Victorian Health Minister Jenny Mikakos said she had written to the Chiropractic Board of Australia and the Australian Health Practitioner Regulation Agency.

"The Chiropractic Board of Australia must condemn this practice," she said after seeing the video.

It's understood the Australian Health Practitioner Regulation Agency and the Chiropractic Board have kickstarted a confidential investigation into the matter. 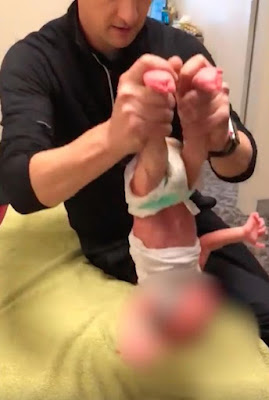 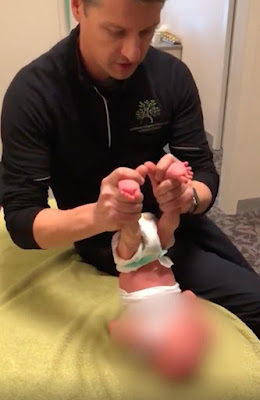