Couple Makes History For Having The Shortest Marriage Ever! They Married For Only 3 Minutes 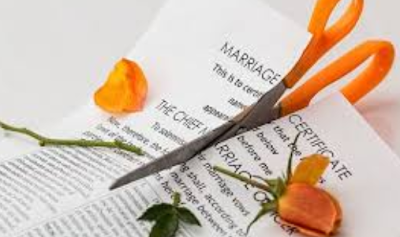 A newlywed couple in Kuwait recently made history for having the shortest marriage in the country’s existence. They decided to go their separate ways just three minutes after getting married.

Instead of helping her up, the groom reportedly insulted his wife by calling her “stupid” for slipping.

That was apparently too much for the woman to bear, so she turned around and asked the judge to dissolve their marriage on the spot. They had been married for only three minutes.


According to Q8 News, this was the fastest divorce in the history of Kuwait, and probably of the whole world. We’ve seen similar cases before, like this Dubai couple who got divorced 15 minutes after getting married, but three minutes? That’s going to be hard to beat.

The news of this record-breaking divorce went viral on Twitter last week, with most commenters joking and ridiculing the couple for wasting the judge’s time. Some, however, took the bride’s side, saying that she made the right call. If the groom insulted her so early into their marriage, who knows what he would have done later on, one person wrote.

“If this is how he acts right at the beginning, it’s better to leave him,” one Twitter user commented.
A marriage with no respect, is a failed one right from the beginning,” another one added.