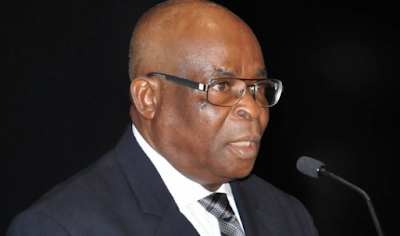 The  Federal High Court in Abuja has restrained the President,  Attorney General of the Federation and Nigerian Financial Intelligence from freezing the bank accounts of the suspended Chief Justice of Nigeria, Justice Walter Onnoghen.

Justice Ijeoma Ojukwu granted the order while ruling on a motion ex parte instituted by the Legal Defence and Assistance Project Ltd/GTE.

The AGF  last month wrote a letter to the NFIU asking the unit to “restrict normal banking operations on certain accounts belonging to Onnoghen”.


The AGF said the order was in line with Executive Order 06 on the preservation of assets connected with corruption.

“That where it is shown that the order of court was obtained before the freezing of the accounts contained in Exhibit B, the freezing order shall remain valid.”

The court ordered that the order be served on the respondents pending the hearing of the motion notice.

The court adjourned the matter till February 13.