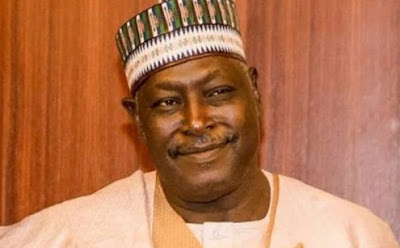 The former Secretary to the Government of the Federation (SGF), Babachir Lawal and three others, who were charged with N544 million fraud were today granted a N50 million bail each.

Justice Jude Okeke of an FCT High Court Maitama, who gave the ruling, said the prosecution could not provide any proof to make the court not to grant bail.

“The evidential burden is more on the prosecution to prove that the defendants are not entitled to enjoy section 36 (5) of the 1999 Constitution of the Federation Republic of Nigeria as amended.


“Section 162 of the Administration of Criminal Justice Act, 2015 the prosecution cited said bail shall be granted except in some circumstances which the prosecution could not establish,’’ he held.
Okeke admitted them to bail in the sum of N50 million and a surety in like sum each.

He insisted that the surety must be resident in Abuja and must provide residential address to the court.

In addition to that, the judge ordered that the surety must own a landed property with the land documents submitted to the court.

Okeke also ordered the defendants to deposit their international passports and traveling documents to the Registrar of the court.