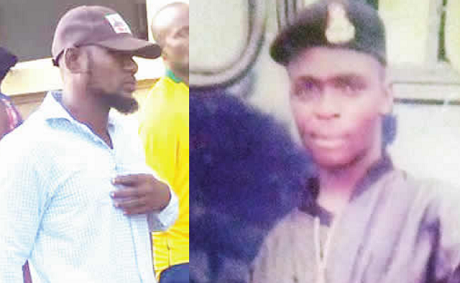 Justice Olabisi Akinlade of the Lagos State High Court, on Wednesday, sentenced the Chairman of the National Union of Road Transport Workers, Boundary/Ayetoro unit in Lagos, Saheed Arogundade, to death by hanging for killing a police officer.

Justice Akinlade convicted Arogundade after finding him guilty of conspiracy and murder of the officer, Gbenga Oladipupo.

Saheed was charged alongside five others on two counts of conspiracy and murder.

Punch Metro learnt that the deceased was killed on April 10, 2010, around 8am at the Gbara junction in the Ayetoro area of Ajegunle, Lagos.

It was gathered that the deceased was stabbed to death by Saheed and his cohorts while on his way to visit his mother on Olayinka Street in the Ayetoro area.

Punch correspondent learnt that the convict and his accomplices killed the deceased for encouraging the operation of tricycles in the area, which the convict noted would reduce the income of the NURTW unit.