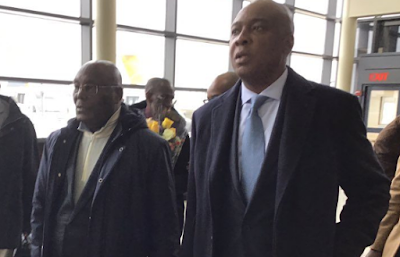 The Coalition of United Political Parties on Thursday said it has uncovered an alleged plan by the Federal Government to implicate the presidential candidate of the Peoples Democratic Party, Alhaji Atiku Abubakar, in a case of alleged gunrunning and perpetuating electoral violence.

It claimed that the President of the Senate, Bukola Saraki; Senator Dino Melaye and other opposition leaders are also targeted in the plot.

The coalition’s spokesman, Imo Ugochinyere, made the allegation in a statement made available to journalists.

“The vehicles will eventually be searched by the police and the arms recovered.

“Their plot will include mobilising thugs and causing violence on the day of such recovery so as to tag the opposition as violent.

“The APC leaders are aware Nigerians now know them for their violence which has trailed their campaigns nationwide.