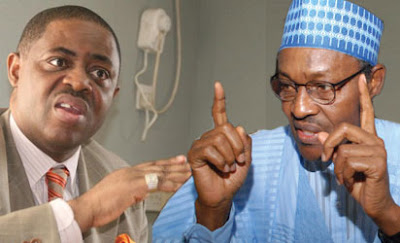 A former Minister of Aviation, Chief Femi Fani-Kayode, has urged Nigerians not to vote for the presidential candidate of the All Progressives Congress, President Muhammadu Buhari, because “he has plans to enslave Nigerians if he returns to power for a second term.”

The former minister, who expressed support for the Peoples Democrative Party presidential candidate, Atiku Abubakar, however said he would personally lead a revolt against the PDP candidate if he wins the election and fails to perform to the expectation of Nigerians.

Fani-Kayode spoke in Jos on Saturday night during a forum organised by Dachung Musa Campaign Organisation.


According to him, Nigeria during Buhari’s first tenure has been visited with violence and maladministration to the extent that only the exit of the President can guarantee the country’s continued existence as a united and prosperous country.
He said, “Buhari has done so much harm to Nigeria and its people as President.

“With all the killings, lopsided appointment in favour of only the Muslim North, is that how a federation should be run?

“He has so much promoted the notion that some people have the monopoly of violence while others don’t have the rights to defend themselves to the extent that Nigerians are now slaves in their own country.”