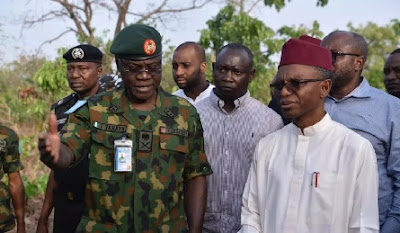 The death toll in the recent attacks in Kaduna State has risen to 130, Governor Nasir El-Rufai announced today.

The killings occurred in Kajuru Local Government Area of the state.

Mr El-Rufai had earlier on Friday announced that 66 persons were killed by unknown attackers there.
Addressing State House correspondents after attending an expanded security meeting summoned by
President Muhammadu Buhari on Tuesday, the governor said the figures had gone up.

The security meeting, convened to discuss the resurgence of insecurity in Kaduna, Borno, Yobe and Adamawa States, was attended by three governors and security chiefs.


Several persons initially doubted the report of the killings, which came on the eve of the now postponed presidential elections. Mr El-Rufai said those who doubted them were “grossly irresponsible”.

He said as governor, he receives and reads security briefings every morning. “I work only on that basis,” he said.

The governor said “the latest report shows that over 130 were killed, not even 66”.

Mr El-Rufai also said relatives of the victims have already provided the state government with the names of those killed. He said the names will be released to the media.
at February 19, 2019