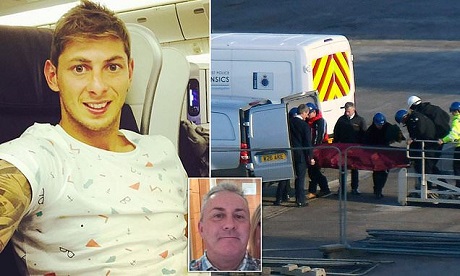 Footballer Emiliano Sala died from massive injuries to his head and chest and could only be identified by his fingerprints, an inquest heard today.
But the body of his pilot David Ibbotson was not found in the wreckage of the Piper Malibu that disappeared over the Channel last month.
Brendan Allen, acting senior coroner for Dorset, adjourned proceedings in Bournemouth until November 6 for a pre-inquest review.
He told the hearing this was because an Air Accidents Investigation Branch inquiry into the tragedy could take between six months and a year.
Cardiff City star Sala was identified by his fingerprints after the tragic crash which happened after his record £15million signing to the Welsh club from Nantes in France.