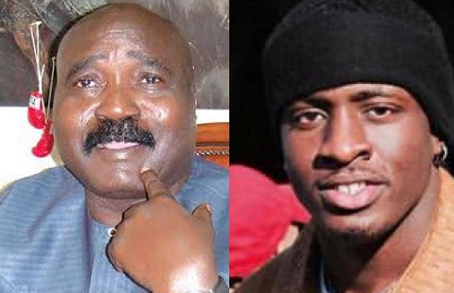 This is how Capitalng who are in the know of this reports it;

In the hitherto enviable and exotic world of Lucky Igbinedion, the former governor of Edo State, the sky is no longer a silvery and opalescent delight; it is now pitch black and brackish. And sadly, it would take almost forever for things to return to normalcy for Lucky and family.

Early hours of yesterday, his second son, Osaretin, was involved in a ghastly motor accident in the United States of America. Alas, details of his death are still sketchy, leaving his parents in deep mourning because he was an otherwise lively and lovable young man, same with his friends and acquaintances whose outpouring of deep-seated grief has been heart-wrenching.


It was a devastating and distasteful death that has plunged the entire Igbinedion clan into a pall of gloom. Everybody with the Igbinedion suffix, friends, associates and relatives of Lucky particularly have been unanimous in their grief. What was even more befuddling was that Osaretin was planning to come to Nigeria when death sneaked in, mowing him down in his prime.