Funke Etti Speaks About Her Only Regret In Life 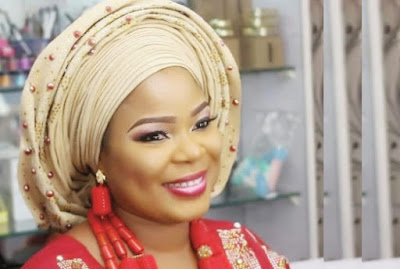 Nollywood actress, Funke Etti has revealed her only regret in life – not given birth to her kids early enough. According to the actress, she envies her colleagues who have grown up kids and it’s one thing she will advise her daughter to do on time. Hear her;

“I only have one regret in life; if I could turn back the hands of time to when I was 25, I would have loved to achieve a lot of things. For instance, at that age, I would have been done with childbirth. When I see some of my colleagues that have grown children, I admire them. I also consider myself to be lucky and I give glory to God because there are some of my colleagues that are still hoping to have children. I also know that God does things at the appropriate time. When I have a daughter, I will advise her to get married by age 26.

“Motherhood is a very lovely experience but it is not an easy task. I remember those days before I had kids, I could go out around 1am. Once in a while, I would go to a club, just to enjoy myself but now, I have to think of the children before taking any action,” she said.


In few months time, the actress would join the league of entertainers who have clocked 40. She confided in Saturday Beats that unlike last year when she took some photos partially naked during a photo shoot to celebrate her birthday, this year would be different. According to her, she would do something more subtle.

“I would not say that I was half naked in the photo shoot for my birthday last year. I only took the pictures while I was covered with a bedspread. I just felt like doing something different. This year, I would be 40 years old and I would also love to do something different.

“I own my life and I do not care about what people say as long as I am happy. The only constant thing in life is change; there are times people see me and say that I am a quiet person. I took the picture just to do something crazy. As I clock 40, I may not do something crazy because once you have kids, you have to give them some respect,” the actress said.