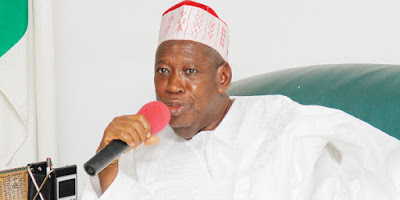 In a sudden twist of events, Kano state Governor, Dr. Abdullahi Umar Ganduje on Wednesday ordered the contractor handling renovation works at Sani Abacha Stadium, Kofar Mata to immediately demobilize to pave way for the campaign rally of Atiku Abubakar, presidential candidate of the People’s Democratic Party (PDP) to hold at the stadium.

In a statement signed by the Commissioner for Information, Youths and Culture, Malam Muhammad Garba, indicated that the directive does not affect ongoing overhaul of the Indoor Sports Complex.

According to the statement, “accordingly, the contractor has been directed to remove all machineries from the precinct of the stadium till after the campaign rally, while the state darling teams, Kano Pillars have been told to use the Pillars Stadium, Sabon Gari for its training sessions.