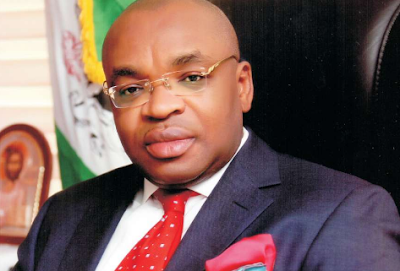 The Senior Special Adviser on Security Matters to Governor Udom Emmanuel, Capt Iniobong
Ekong, has been abducted. It was gathered that Ekong was picked up around midnight on Friday allegedly by soldiers, purportedly because of a petition written by Senator Godswill Akpabio.

The state Commissioner for Information, Mr Charles Udoh, who confirmed the incident, said Ekong was picked up at his residence in Uyo, the state capital.

It was learnt that he was taken to Port Harcourt, Rivers State, for interrogation.

The commissioner, who recalled that the military had said it would play no role in the elections, asked why the army was responsible for investigating petitions and detaining people.

“When did it become the responsibility of the army to arrest and detain people?” he asked.

The state Police Public Relations Officer, Mr Odiko MacDon, when contacted, said the police had yet to receive such information.