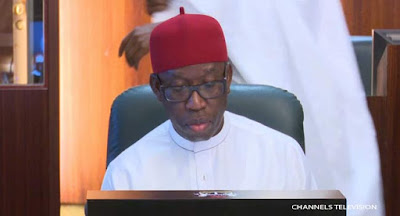 The Chief Press Secretary to the governor, Mr Charles Aniagwu, disclosed this in a statement on Friday.

According to him, Governor Okowa ordered that Eluro be sacked after he was caught allegedly assaulting a woman in a purported video.

“Governor Okowa, having watched the video of the assault on the woman, has directed that the appointment of Mr Friday Eluro as security aide be terminated forthwith to serve as a deterrent to others,” he said.