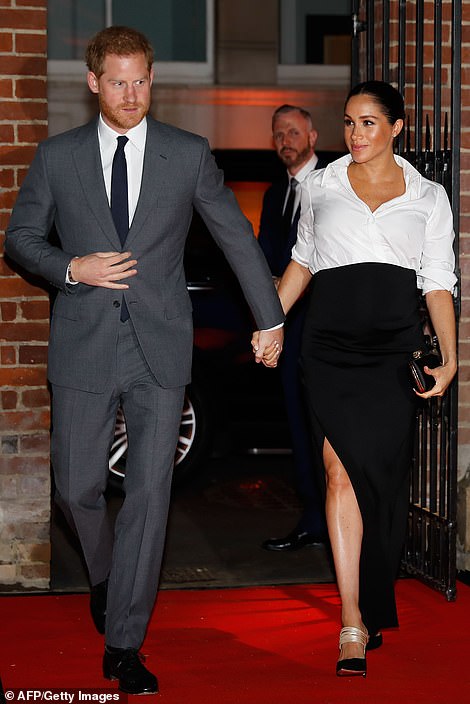 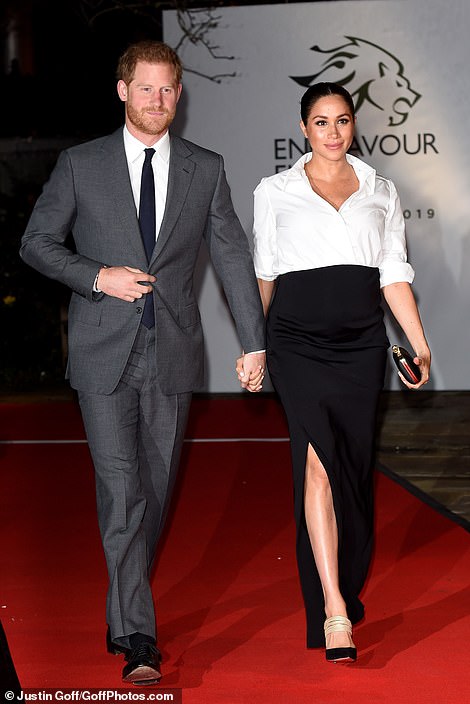 Harry and Meghan last night attended the Endeavour Fund Awards in London honouring those who, despite life-changing injuries, accidents or illnesses, have excelled in a sporting or adventure challenge.

Meghan, 37, dressed her bump in a crisp white shirt tucked into a side-split maxi skirt, which she teamed with her signature stiletto heels and a black box clutch.

It is the second year running that the couple have jointly attended the Endeavour Awards, with their 2018 appearance being one of their first official engagements before their marriage.


As they moved around the pre-awards party at Draper's hall, Harry was heard to tell one invitee: 'There's a heavy baby in here.' For her part, Meghan told one guest: 'He's going to be the best dad.'

The couple's appearance last night comes after friends warned of the 'emotional trauma' Meghan is dealing with following her family's ongoing public feud and abusive comments made on social media.

Five 'close friends' of the pregnant duchess told People this week that Meghan was so distraught with her father Thomas Markle's behaviour that she wrote to Thomas Markle begging him to stop 'victimising' her.

'I think she will always feel genuinely devastated by what he has done,' one friend told the magazine.