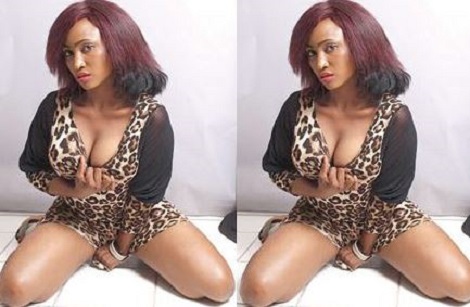 Actress and Vlogger, Seyi Hunter, has said she took a break from the movie industry because she wanted to learn more about s-x. She told Sunday Scoop, “I took a break from my movie career last year to learn more about s-x education and therapy. I did some courses on S-x Education and Human Sexuality to make me a certified sex educator. However, I just produced a movie titled, The Return. I’m also currently working on another production and I have scripts lined up from other filmmakers. So, it’s already a busy year.”

Explaining why she decided to focus on s-x in her vlog, Hunter said, “When I started my vlog, Sinful Friday, I realised that it was a welcome idea.

It felt like Nigerians and the rest of the world had been waiting for me. People are in need of someone to teach them sexual skills and pleasure. I’m good at it and I’m an expert in the game. So, I decided to focus on everything that has to do with s-x.”


Maintaining that she is not wayward as many are wont to think, Seyi said, “I’m not a promiscuous person. I used to be a one-man kind of girl, and I have been celibate for over a year, but that is changing this month. That I talk about sex and teach sexual skills doesn’t mean I sleep around. People need to understand that.”

I just sat on him like I was dancing. I also did it in an elevator somewhere in Ikoyi. And the third one was on a tenth floor balcony somewhere on Adeola Odeku Street, Victoria Island, at about 6pm. It was rush hour and everywhere was busy but we continued anyway.”