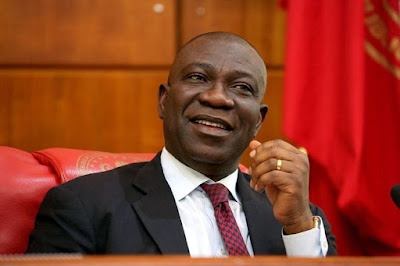 The deputy president of the Senate, Ike Ekweremadu, has been declared the winner of his Enugu West Senatorial District for the fifth consecutive time.

Announcing the result at about 12:10 a.m. on Monday, the Returning Officer for the senatorial district, Douglas Nwagbo, a professor, said Mr Ekweremadu polled 86,088 ahead of his closest rival, Juliet Ibekaku-Nwaugwu of the APC who polled 15,187.