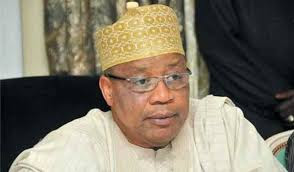 General Ibrahim Babangida, a former military Head of State as once again says HE IS NOT ON SOCIAL MEDIA. Babangida was forced to release a statement after an online medium credited a news to him on the 16th of February, 2019 – something he knows nothing about.

His media team have now released a statement saying, the ex-president IS NOT ON SOCIAL MEDIA and the news is FAKE.

“We wish to emphatically state that General Babangida is an elder statesman and a peacemaker. A malicious story in an online media, ELOMBAHNEWS, dated 16th February 2019 credited to General IB Babangida is a malicious Fake News.”

“Accordingly, we wish to advise the social media community and the general public to be wary of the fake accounts, mischievous fake online news and discountenance whatever message conveyed therein.” the statement read in part.