Judge Threatens To Jail Obanikoro If … 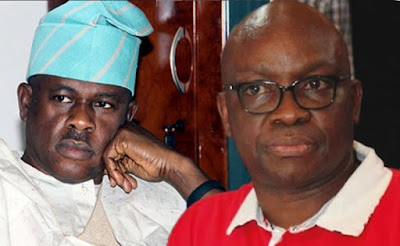 The trial of the former governor of Ekiti State, Mr. Ayodele Fayose, was, Thursday, stalled following the failure of the prosecution witness, Senator Musiliu Obanikoro, to appear in court today, citing health condition.

Not satisfied with Obanikoro’s excuse which was made known to the judge by the counsel for the Economic and Financial Crimes Commission, Rotimi Jacobs (SAN), Justice Mojisola Olatoregun, however, threatened to jail Sen.


The EFCC’s counsel had presented to the judge a medical document claiming the Senator is hospitalised. But Justice Olatoregun warned that the doctor that issued the health documents would lose his or her license, if the court verifies and finds out that the claim is false.

The judge, however, adjourned the case till March 18 with a warning to Senator Obanikoro to appear in court that day or “… he can be coming to court in Black Maria.” The judge also said that, “He must present himself before the court on the next adjourned date or be compelled to do so.”