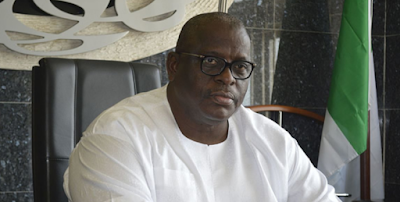 The governorship candidate of the Peoples Democratic Party in Ogun State, Buruji Kashamu, has said the presidential candidate of the party, Atiku Abubakar, cancelled his visit to the state to avoid causing chaos.

Kashamu, who spoke to a Punch correspondent yesterday, also said despite the controversy that surrounded his emergence as the candidate of the party, he would win the election.


Atiku was to visit Ogun State as part of his nationwide campaign; but the plan was cancelled.

Kashamu said, “He (Atiku) decided not to visit Ogun State because he wanted to avoid having any problem. You know the other guy, Ladi Adebutu, is still parading himself as the governorship candidate. We all believe his (Atiku’s) coming can cause chaos. We had written to the police and the DSS to intervene so that there would be no problems. Atiku is a man of rule of law and the national executive has not been following the rule of law, that is why he declined coming to Ogun State.”