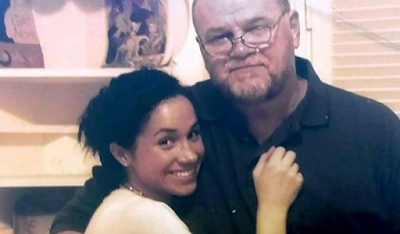 Kensington Palace is considering legal action over a leaked letter Meghan Markle wrote to her father, according to reports.

The five-page letter was shared by Thomas Markle Sr and has since been widely re-printed around the world.

The private correspondence from the Duchess of Sussex to her father has been widely publicised and scrutinised since it was first published on Sunday.

And aides at Kensington Palace are reported to be considering whether or not to take a stand over the public disclosures, taking legal advice before pregnant Meghan decides if she wants to take formal action, reports The Daily Telegraph.


Meghan's estranged half-sister Samantha has said that their mutual father Thomas "is prepared to release more" of the letter.

Thomas Jr, half brother to the Duchess, told the Mirror that the father-daughter relationship was 'broken beyond repair'.

Meghan is not thought to have seen her dad since he required heart surgery days before her Windsor wedding to Prince Harry .

That health episode came soon after it emerged Thomas Markle Sr had trousered cash to pose for photos of him preparing for the royal wedding.

The exact nature of the legal action is not known however under UK law, the Duchess owns the copyright of the handwritten letter.

The leak came the same week five friends of Meghan revealed that the letter existed to US celebrity magazine People, as they came to defence of the Duchess, who has faced repeated criticism from her own family.

The friends disclosed she had told her father: "Dad, I'm so heartbroken, I love you.

"I have one father. Please stop victimising me through the media so we can repair our relationship."