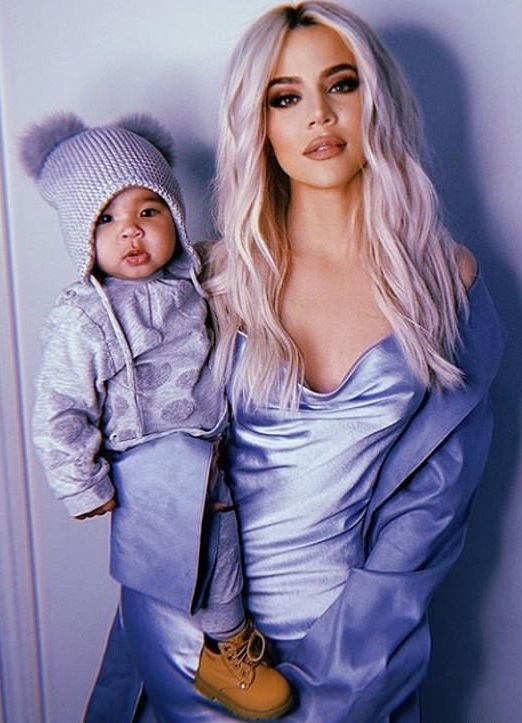 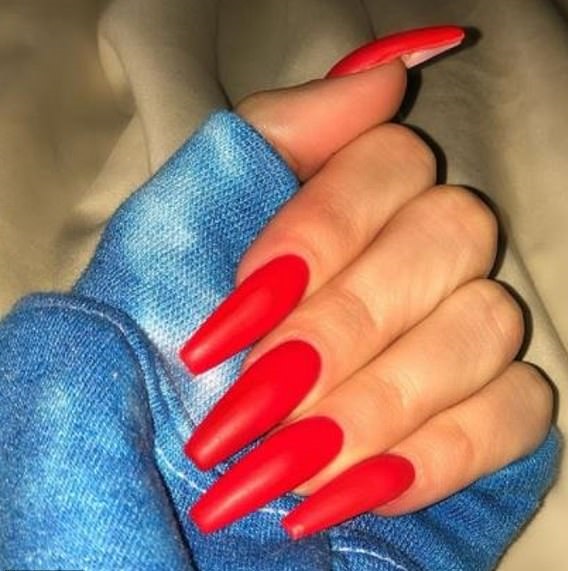 Khloe Kardashian is being criticized on Instagram after sharing a picture of her latest lengthy manicure.

On Sunday, the 34-year-old posted a photo of her matte red mani, painted on extra-long acrylic nails. The image was a close-up of her hand, with her fingers folded over the sleeve of a blue sweatshirt.

But while Khloe was clearly proud of the look — and overwhelmingly, her followers applauded it — a handful of critics have questioned how she could be effectively caring for her nine-month-old daughter True when she has those super-long nails.

For the most part, Khloe's fans love her trendy mani, and the picture has earned nearly a million likes and thousands of heart and fire emojis.

There were critics too, though — most of whom questioned how Khloe could change True's diaper.

'How do u change diapers with them?' asked one.

'How do you change a nappy without gouging out some skin?' asked another.

'How on earth can you look after a baby with nails that long and hard?' questioned a third.

Some were less curious about how Khloe cleans True, and wondered more about how she cleans herself.

'I’ve always wondered... how in the world do you wipe your butt with such long nails?!' one asked.
Though some were harsh in their questioning, others were merely curious, complimenting her while asking how she manages her mani.

'My question is how the hell do you get a baby out of the car seat with those nails lol one reason why I never have nails,' wrote one. 'They are super cute though.'

Khloe was quick to answer all their questions with one simple answer however, taking to Twitter on Monday morning to insist: 'I manage just fine.'

'There are more seriously things to discuss. At least I would hope. Happy Monday to you.'