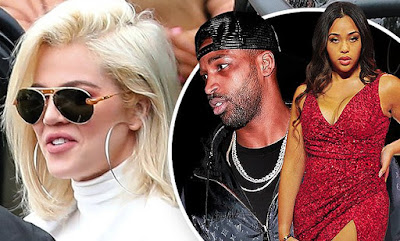 Khloe Kardashian has been pictured out for the first time since dumping Tristan Thompson over claims he cheated on her with Kylie Jenner's best friend Jordyn Woods.

The 34-year-old was spotted arriving at Kanye West's Calabasas studio on Tuesday, just shortly after news of the scandal broke. She was joined by her sister Kourtney, who also worked out with her that morning.

Khloe was dressed all in white and even managed a smile, despite sources revealing she was left 'completely devastated' when she first discovered details about the alleged betrayal on Monday.


The 27-year-old NBA player had reportedly hooked up with Woods, 21, at a house party on Sunday, according to TMZ.

'Tristan and Jordyn were all over each other making out,' a source told the site.

On Tuesday morning Tristan tweeted that the report was 'fake news.' But then he quickly deleted the post.

The party was at Tristan's house in LA, according to The Hollywood Unlocked.

Everyone was just hanging out, smoking Hookah and drinking when they were instructed to stop all use of cell phones or leave. It’s not unusual for phones to be confiscated while at the party with high-profile people. However, the vibe was chill and nobody was really checking for security until later in the night,' said a source.

Once partygoers put their phones away, Kylie Jenner’s best friend Jordyn Woods arrived to the late-night kickback. Thompson and Woods were all over each other, and, it wasn’t just "friendly." They couldn’t keep their hands off of each other.'

The source added: 'When partygoers asked to use their phone, they were told that they may as well leave if they needed to do so as Jordyn wouldn’t be leaving anytime soon. Jordyn didn’t leave the party until the early hours of 7 a.m.' 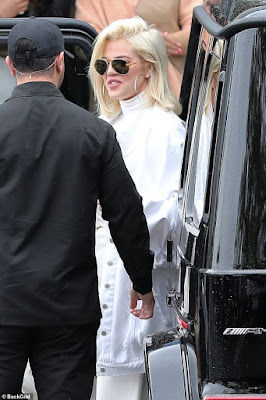 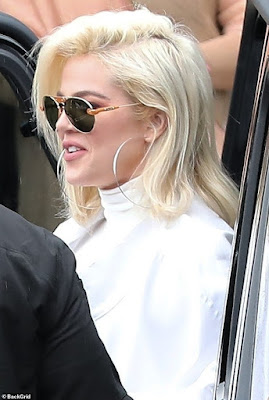