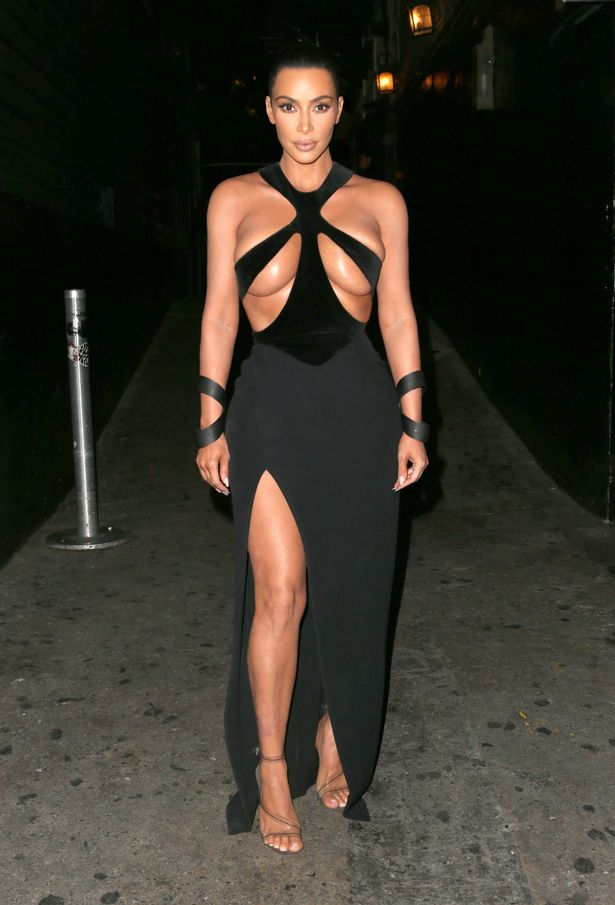 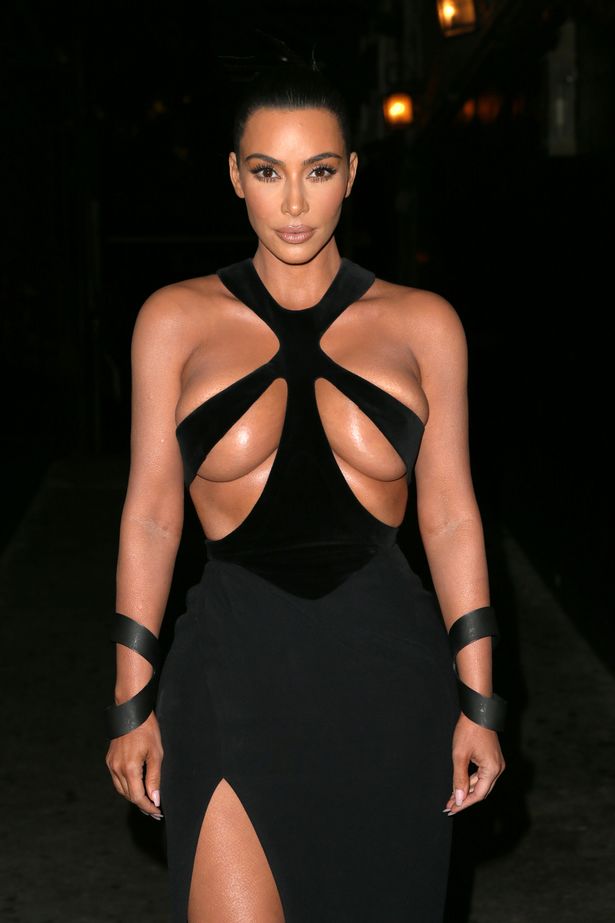 Kim Kardashian almost created the wardrobe malfunction of the year last night when she appeared on the red carpet in a bizarre cut-out dress that just about held her boobs in place.

The 38-year-old mum of three, who is currently expecting her fourth child via a surrogate mother, rolled up to the 5th Annual Hollywood Beauty Awards in a vintage Thierry Mugler gown that generously borrowed from Jodie Marsh's infamous boob-belt look.

The floor-length number from Mugler's 1998 archives featured a thigh-split in the skirt - but it's the harness-style straps across Kim's chest that will have engineers scratching their heads in wonder.

With nothing more than strategically placed body tape in place, Kim was careful not to turn too violently in case she gave herself a black eye.

She attended the swanky event with her celebrity hairstylist Chris Appleton, who won the gong for Hairdresser of the Year.

Speaking in their private car ahead of the red carpet, Chris praised Kim's daring outfit choice as she struggled to sit still. 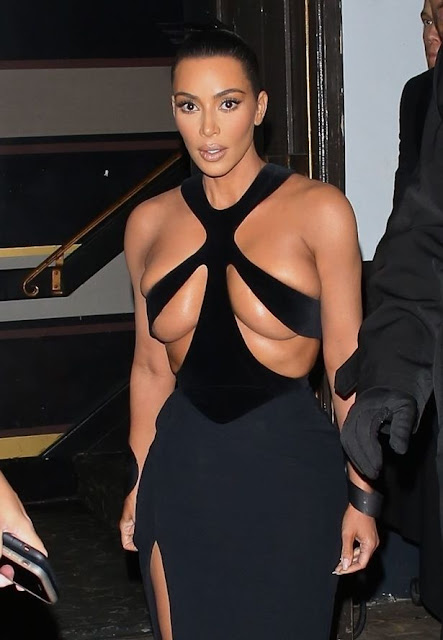