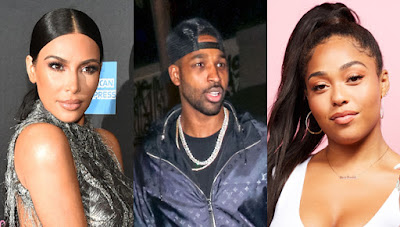 Kim Kardashian is officially done with Tristan Thompson and Jordyn Woods. After news broke that Thompson, 27, allegedly cheated on Khloé Kardashian with her little sister Kylie Jenner‘s best friend, Kim, 37, unfollowed both the NBA baller and Woods, 21, on Instagram.

However, this isn’t the first time Kim has made her feelings toward Thompson known on social media.

Back in April, Kim was one of the first to unfollow Thompson after videos leaked of him getting close to other women, just days before Khloé, 34, gave birth to their daughter baby True.

Kim and Thompson later made up in June on Khloe’s birthday after the KKW Beauty founder forced Thompson to unblock her on Instagram.