Kogi Deputy Governor Cries Out As His Security Details Are Withdrawn 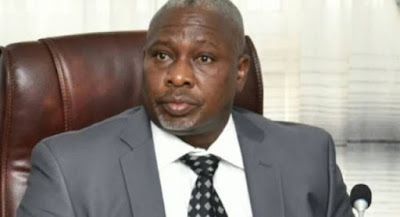 Deputy governor of Kogi State, Simon Achuba, has raised the alarm over threat to his life, as his security details were withdrawn without any cogent reason.He appealed to the Inspector General of Police (IGP) to wade into the matter.

The governor, Yahaya Bello, has been at loggerheads with his deputy who emerged after the death of Abubakar Audu, the All Progressives Congress (APC) governorship candidate for the 2015 election.The conflict led to the severance of some of Achuba’s benefits.

Speaking during a press conference at his official residence in Lokoja yesterday, the deputy governor alleged that his security details were summoned to Government House for briefing, just as he was about to travel to his hometown for the botched election.


According to him, while he tried to reach them, the ADC to the governor also summoned his own ADC and his police orderly.Having waited in vain for them to return, he reportedly put a call through, only to discover that their lines were not reachable.

It was later gathered that they were detained and being interrogated on some gun-running charges, for which they were asked to make statements at the officer-in-charge, Special Anti-Robbery Squad (OC SARS) office in Government House.He explained that since that Friday, he had not seen them.

Achuba added that the Commissioner of Police, Hakeem Busari, whom he called to explain what was going on, promised to attend to the matter. However, the CP affirmed that Achuba contacted him and that he promised to look into the matter. “I will contact the ADC to the governor on why the deputy governor’s details were withdrawn.

“There’s no problem. He (Achuba) had requested two extra policemen prior to the withdrawal of his details. I don’t know if those two were given to him before the withdrawal of his details.“We post policemen to Government House, but I think the ADC to the governor is the person in charge of security at the Government House. He posts them.“We will send two policemen there pending when the issue will be resolved,” he said.