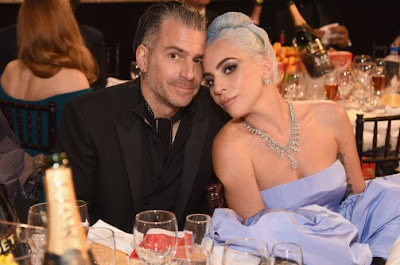 Fans speculated the end of their relationship when she was spotted without her engagement ring at The Grammys last weekend.

And Lady Gaga confirmed that her relationship with Christian Carino is over, according to PEOPLE magazine.

Sources told the publication that the relationship 'just didn't work out' just months after he proposed with a massive diamond ring.

The insider added that 'relationships sometimes end' and 'there's no long dramatic story.'


Lady Gaga failed to mention her 49-year-old ex during an acceptance speech after her song Shallow won a Grammy on Feb. 10, adding more fuel to the fire that the couple had called it quits.

She was noticeably ringless on the red carpet ahead of the event despite Christian's presence by her side for the Screen Actors Guild Awards and the Golden Globes last month.

The pop princess had stayed quiet about her engagement to the CAA talent agent until most recently referring to 'her fiance' during a speech at ELLE's 25th Annual Women in Hollywood Celebration in October, according to Entertainment Tonight

The couple reportedly began dating in February 2017 after her failed engagement to actor Taylor Kinney.