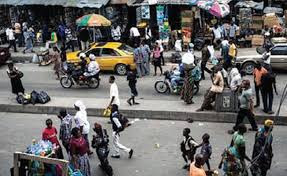 The police have launched a manhunt for the daughter of a landlord on Odunsi Street, Bariga, Lagos State, for allegedly killing her father’s tenant.

The fleeing suspect, identified simply as Damilola Martins, reportedly hit the woman with an object during a scuffle in their compound on Wednesday evening.

City Round learnt that the deceased, Mrs Mojisola Olasehinde, and Martin’s mother, who is the wife of the landlord, had been having a running battle over time.

When a fight ensued between the two of them that day, Martins reportedly took sides with her mother.


She was said to have picked a heavy object and slammed it on Olasehinde, making her to be unconscious.

The woman was rushed to a hospital in the community, where she died.

It was gathered that Martins subsequently fled the neighbourhood while the case was reported to the police at the Bariga Division.

The Police Public Relations Officer in the state, CSP Chike Oti, confirmed the incident. He said Martin’s brother witnessed the incident and had been arrested by the police to explain his role in the matter.

He said, “Around 11pm on February 13, 2019, one Mr Olakunle reported at the station that one Damilola Martins fought and killed his wife. Preliminary investigation revealed that the deceased and the landlord’s wife had been having issues for a long time.

“On that day, the prime suspect and her mother fought the tenant. In the course of the fight, the suspect (Martins) hit the woman with a hard object. The woman slumped and was rushed to a hospital.

“The main suspect is on the run, but his brother who witnessed the incident has been arrested and is assisting our investigation.”

Oti added that the corpse had been deposited in a mortuary for autopsy.